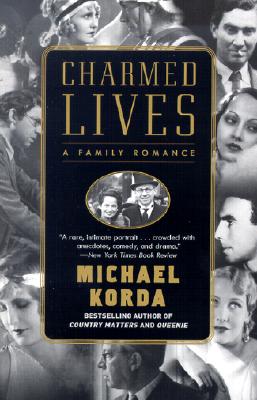 A Rolls Royce Silver Cloud drove him to airports; the British film industry kowtowed to his power; the great Hollywood studios fawned at his feet.Sir Alexander Korda, one of the world's most flamboyant movie tycoons, rose from obscurity in rural Hungary to become a legendary filmmaker. With him were his brothers, Zoltan and Vincent, all living charmed lives in circles that included H. G. Wells, Sir Lawrence Olivier, Marlena Dietrich, Vivien Leigh, and Merle Oberon, who was soon to be Alex's wife. But along with Alex's flair for success was an equally powerful impulse for destruction. Now, Vincent's son, Michael Korda, in the first book of his memoirs, recalls the enchanted figures of his childhood...the glory days of the Korda brothers' great films...and then their heartbreaking, tragic end.

"A rare, intimate portrait...crowded with anecdotes, comedy and drama."
— The New York Times

"A rags to riches fairytale...Rich in anecdote...In a word: Charming!"
— Newsday

“The most marvelous book I’ve read so far this year.”
— Nancy Friday, author of THE POWER OF BEAUTY