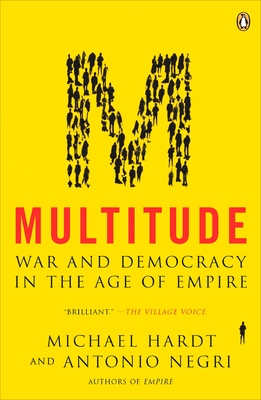 War and Democracy in the Age of Empire

In their international bestseller Empire, Michael Hardt and Antonio Negri presented a grand unified vision of a world in which the old forms of imperialism are no longer effective. But what of Empire in an age of “American empire”? Has fear become our permanent condition and democracy an impossible dream? Such pessimism is profoundly mistaken, the authors argue. Empire, by interconnecting more areas of life, is actually creating the possibility for a new kind of democracy, allowing different groups to form a multitude, with the power to forge a democratic alternative to the present world order.Exhilarating in its optimism and depth of insight, Multitude consolidates Hardt and Negri’s stature as two of the most important political philosophers at work in the world today.

Praise For Multitude: War and Democracy in the Age of Empire…

"An inspiring marriage of realism and idealism." —Naomi Klein, author of No Logo

Michael Hardt is a professor in the literature program at Duke University.