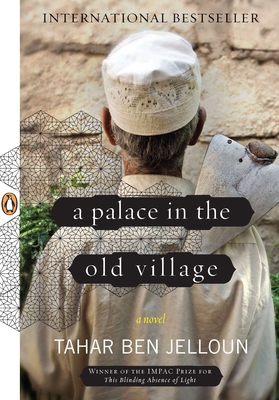 A Palace in the Old Village

From "Morocco's greatest living author" (The Guardian), an internationally bestselling novel of universal appeal—about the powerful pull of home and the lengths to which a parent will go to bring his family together

Mohammed has spent the past forty years working in France. As he approaches retirement, he takes stock of his life—his devotion to Islam and to his assimilated children—and decides to return to Morocco, where he spends his life’s savings building the biggest house in the village and waiting for his children and grandchildren to come be with him.

A heartbreaking novel about parents and children, A Palace in the Old Village captures the sometimes stark contrasts between old- and new-world values, and immigrant’s abiding pursuit of home.

Praise For A Palace in the Old Village: A Novel…

"With this novel, Ben Jelloun, a native of Morocco, gives us an unvarnished look at a Muslim's life in the West, and reminds us that literature can help us understand one another." —Minneapolis Star Tribune

“In any language, Tahar Ben Jelloun would be a remarkable novelist.” —Sunday Telegraph (London)

“What Ben Jelloun does brilliantly is write with a kind of refreshing candor that demystifies the Arab world.” —Paris Voice

Tahar Ben Jelloun was born in 1944 in Fez, Morocco, and emigrated to France in 1961. A novelist, essayist, critic, and poet, he is a regular contributor to Le Monde, La Republica, El País, and Panorama. His novels include The Sacred Night (winner of the 1987 Prix Goncourt), Corruption, and The Last Friend. Ben Jelloun won the 1994 Prix Maghreb, and in 2004 he won the International IMPAC Dublin Literary Award for This Blinding Absence of Light.
Loading...
or
Not Currently Available for Direct Purchase