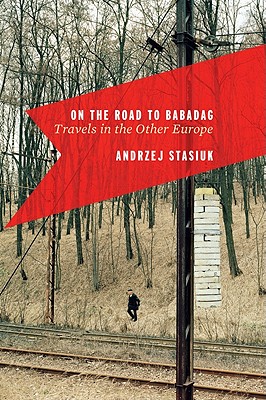 On the Road to Babadag

Travels in the Other Europe

Andrzej Stasiuk is a restless and indefatigable traveler. His journeys take him from his native Poland to Slovakia, Hungary, Romania, Slovenia, Albania, Moldova, and Ukraine. By car, train, bus, ferry. To small towns and villages with unfamiliar-sounding yet strangely evocative names. “The heart of my Europe,” Stasiuk tells us, “beats in Sokolow, Podlaski, and in Husi, not in Vienna.”

Where did Moldova end and Transylvania begin, he wonders as he is being driven at breakneck speed in an ancient Audi—loose wires hanging from the dashboard—by a driver in shorts and bare feet, a cross swinging on his chest. In Comrat, a funeral procession moves slowly down the main street, the open coffin on a pickup truck, an old woman dressed in black brushing away the flies above the face of the deceased. On to Soroca, a baroque-Byzantine-Tatar-Turkish encampment, to meet Gypsies. And all the way to Babadag, between the Baltic Coast and the Black Sea, where Stasiuk sees his first minaret, “simple and severe, a pencil pointed at the sky.”

A brilliant tour of Europe’s dark underside—travel writing at its very best.

Born in Warsaw in 1960, ANDRZEJ STASIUK is the author of five novels and a collection of essays, Fado (2009). On the Road to Babadag won the prestigious Nike Award on its original publication in Poland in 2005.
Loading...
or
Not Currently Available for Direct Purchase