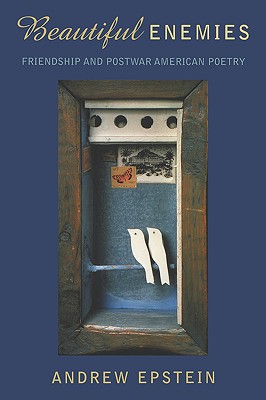 Although it has long been commonplace to imagine the archetypal American poet singing a solitary "Song of Myself," much of the most enduring American poetry has actually been preoccupied with the drama of friendship. In this lucid and absorbing study, Andrew Epstein argues that an obsession with both the pleasures and problems of friendship erupts in the "New American Poetry" that emerges after the Second World War. By focusing on some of the most significant postmodernist American poets--the "New York School" poets John Ashbery, Frank O'Hara, and their close contemporary Amiri Baraka--Beautiful Enemies reveals a fundamental paradox at the heart of postwar American poetry and culture: the avant-garde's commitment to individualism and nonconformity runs directly counter to its own valorization of community and collaboration. In fact, Epstein demonstrates that the clash between friendship and nonconformity complicates the legendary alliances forged by postwar poets, becomes a
predominant theme in the poetry they created, and leaves contemporary writers with a complicated legacy to negotiate. Rather than simply celebrating friendship and poetic community as nurturing and inspiring, these poets represent friendship as a kind of exhilarating, maddening contradiction, a site of attraction and repulsion, affinity and rivalry. Challenging both the reductive critiques of American individualism and the idealized, heavily biographical celebrations of literary camaraderie one finds in much critical discussion, this book provides a new interpretation of the peculiar dynamics of American avant-garde poetic communities and the role of the individual within them. By situating his extensive and revealing readings of these highly influential poets against the backdrop of Cold War cultural politics and within the context of American pragmatist thought, Epstein uncovers the collision between radical self-reliance and the siren call of the interpersonal at the core of postwar American poetry.

Andrew Epstein is Associate Professor of English at Florida State University.
Loading...
or support indie stores by buying on