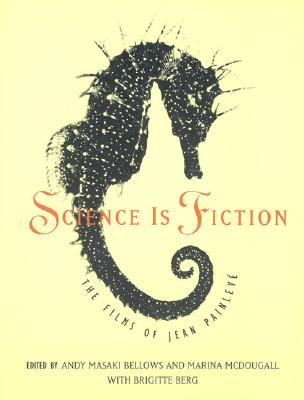 The Films of Jean Painlevé

One of the first to plunge underwater with a camera to bring the subaquatic world to the screen, maverick scientific documentary filmmaker Jean Painlev (1902-1989) captured the throes of a male seahorse giving birth, the geometric choreography of crystal formation, and the mating habits of hermaphrodite mollusks. In a lifetime spanning nearly the history of cinema itself, Painlev made over 200 films, including The Seahorse, Freshwater Assassins, The Vampire, and The Love Life of the Octopus. His lyrical and instructive animal behavior films set to avant-garde scores were much admired by Surrealist contemporaries such as Antonin Artaud, Luis Bu uel, and Jean Vigo.

Brigitte Berg is the director of Les Documents Cinematographiques in Paris, an independent archive founded by Jean Painleve in 1930.
Loading...
or
Not Currently Available for Direct Purchase