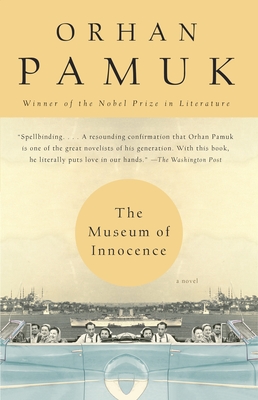 From the Nobel Prize winner and "one of the great novelists" (The Washington Post) comes a stirring exploration of the nature of romance in late 1970s Istanbul.

It is 1975, a perfect spring in Istanbul. Kemal and Sibel, children of two prominent families, are about to become engaged. But when Kemal encounters Füsun, a beautiful shopgirl and a distant relation, he becomes enthralled. And once they violate the code of virginity, a rift begins to open between Kemal and the world of the Westernized Istanbul bourgeoisie. In his pursuit of Füsun over the next eight years, Kemal becomes a compulsive collector of objects that chronicle his lovelorn progress—amassing a museum that is both a map of a society and of his heart.

Praise For The Museum of Innocence (Vintage International)…