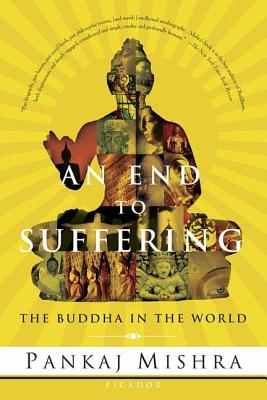 An End to Suffering

The Buddha in the World

An End to Suffering is a search to understand the Buddha's relevance in a world where class oppression and religious violence are rife, and where poverty and terrorism cast a long, constant shadow.

Pankaj Mishra describes his restless journeys into India, Pakistan, and Afghanistan, among Islamists and the emerging Hindu middle class, exploring the myths and places of the Buddha's life. He discusses Western explorers' "discovery" of Buddhism in the nineteenth century. He also considers the impact of Buddhist ideas on such modern politicians as Gandhi and Nelson Mandela.

As he reflects on his travels and on his own past, Mishra ultimately reaches an enlightenment of his own by discovering the living meaning of the Buddha's teaching, in this "unusually discerning, beautifully written, and deeply affecting reflection on Buddhism" (Booklist).


Praise For An End to Suffering: The Buddha in the World…

“[A] journey of self-discovery . . . [Mishra] struggles to reconcile lessons of the Buddha's life with his own shrinking world.” —The New Yorker