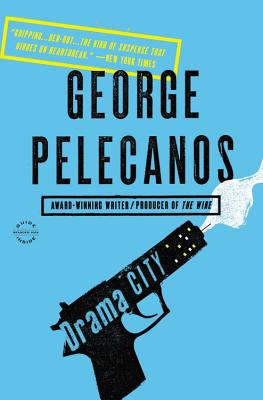 Lorenzo Brown loves his work. In his job as an officer for the Humane Society, he cruises the city streets, looking for dogs that are being mistreated - underfed, unclean, trained to kill. He takes pride in making their lives better. And that pride helps Lorenzo resist the pull of easier money doing the kind of work that got him a recent prison bid.

Rachel Lopez loves her work, too. By day she is a parole officer, helping people - Lorenzo Brown among them - along a path to responsibility and advancement. At night she heads for the city's hotel bars, where she can always find a man who will let her act out her damage. She loses herself in sex and drink and more. But Rachel's nights are taking a toll on her days. Lorenzo knows the signs. The trouble is, he truly needs her right now. There's an eruption coming in the streets he left behind, the kind of territorial war that takes down everyone even near it. Lorenzo needs every shred of support he can get to keep from being sucked back into that battleground. He reaches out to Rachel - but she may be too far gone to help either of them.

Writing with the grace and force that have earned him praise as "the poet laureate of the crime world," George Pelecanos has created a novel about two scarred and fallible people who must navigate one of life's most brutal passages. It is an unforgettable, moving, even shocking story that will leave no reader unchanged.

George Pelecanos is the bestselling author of twenty novels set in and around Washington, D.C. He is also an independent film producer, and a producer and Emmy-nominated writer on the HBO series The Wire, Treme, and The Deuce. He lives in Maryland.
Loading...
or
Not Currently Available for Direct Purchase