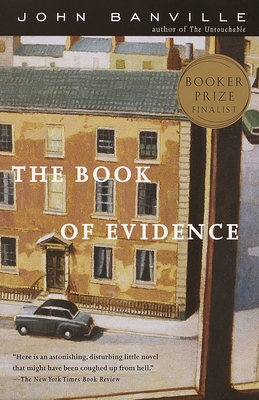 The Book of Evidence (Vintage International)

John Banville’s stunning powers of mimicry are brilliantly on display in this engrossing novel, the darkly compelling confession of an improbable murderer.

Freddie Montgomery is a highly cultured man, a husband and father living the life of a dissolute exile on a Mediterranean island. When a debt comes due and his wife and child are held as collateral, he returns to Ireland to secure funds. That pursuit leads to murder. And here is his attempt to present evidence, not of his innocence, but of his life, of the events that lead to the murder he committed because he could. Like a hero out of Nabokov or Camus, Montgomery is a chillingly articulate, self-aware, and amoral being, whose humanity is painfully on display.

Praise For The Book of Evidence (Vintage International)…

“Here is an astonishing, disturbing little novel that might have been coughed up from hell.”–The New York Times Book Review

“The Book of Evidence is a major new work of fiction in which every suave moment calmly detonates to show the murderous gleam within.”–Don DeLillo

John Banville was born in Wexford, Ireland, in 1945. He has been the recipient of the James Tait Black Memorial Prize (1976), the Guardian Fiction Prize (1981), the Guinness Peat Aviation Book Award (1989), and the Lannan Literary Award for Fiction (1997). He has been both shortlisted for the Booker Prize (1989) and awarded the Man Booker Prize (2005) as well as nominated for the Man Booker International Prize (2007). Other awards include the Franz Kafka Prize (2011), the Austrian State Prize for European Literature (2013), and the Prince of Asturias Award for Literature (2014). He lives in Dublin.
Loading...
or support indie stores by buying on