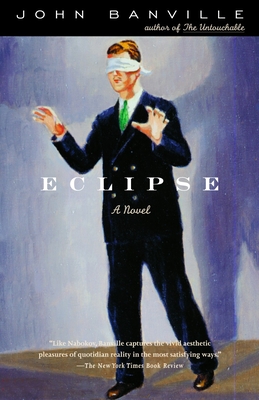 In this deeply moving and original book, John Banville alloys mystery, fable, and ghost story with poignant psychological acuity to forge the riveting story of a man wary of the future, plagued by the past, and so uncertain in the present that he cannot discern the spectral from the real.

When renowned actor Alexander Cleave was a boy living in a large house with his widowed mother and various itinerant lodgers, he encountered a strikingly vivid ghost of his father. Now that he’s fifty and has returned to his boyhood home to recover from a nervous breakdown on stage, he is not surprised to find the place still haunted. He is surprised, however, at the presence of two new lodgers who have covertly settled into his old roost. And he is soon overwhelmed by how they, coupled with an onslaught of disturbing memories, compel him to confront the clutter that has become his life: ruined career, tenuous marriage, and troubled relationship with an estranged daughter destined for doom.

“Like Nabokov, Banville captures the vivid aesthetic pleasures of quotidian reality in the most satisfying ways.” –The New York Times Book Review

“An impressive, effective novel, bracing as a nightmare.”–Chicago Tribune

“Mr. Banville is that rare writer who can pack all five senses into a declarative sentence.”–The Wall Street Journal

“[Eclipse] captures in its pages a felt life so dense, so swift in its paranoid momentum, that the whole idea of the novel as a window to the self seems viable again…. This is as true as things ever get.”–Sven Birkerts, Esquire

“[Banville] has an uncanny ability to pinpoint and record sensations rarely brought to consciousness. . . . Eclipse wakes us up to things we should have noticed.” –San Francisco Chronicle

John Banville lives in Ireland.
Loading...
or
Not Currently Available for Direct Purchase