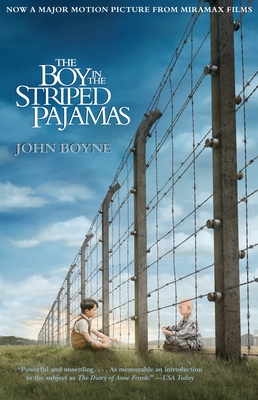 The Boy In the Striped Pajamas (Movie Tie-in Edition)

Berlin 1942
When Bruno returns home from school one day, he discovers that his belongings are being packed in crates. His father has received a promotion and the family must move from their home to a new house far far away, where there is no one to play with and nothing to do. A tall fence running alongside stretches as far as the eye can see and cuts him off from the strange people he can see in the distance.

John Boyne is an Irish novelist, born in 1971. His first short story was published in 1993 in the Sunday Tribune and was shortlisted for a Hennessy Literary Award. He is the author of The Boy in the Striped Pyjamas, Knock Down Ginger, Noah Barleywater Runs Away, and The Terrible Thing that Happened to Barnaby Brocket. His books have been translated into over 50 languages. He lives in Dublin.
Loading...
or support indie stores by buying on