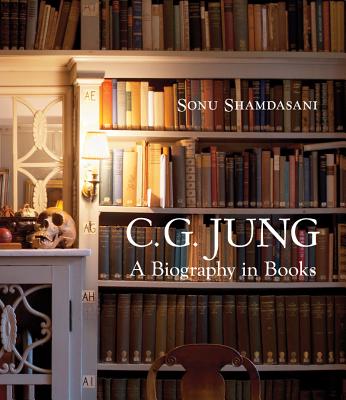 A Biography in Books

The origins of Jung's philosophy.

In 1912, C. G. Jung wrote, “Should it happen that all traditions in the world were cut off with a single blow, the whole mythology and history of religion would start over again with the succeeding generation.”With this, Jung gave new understanding to the concept of world literature: that the history of human thought lay in the soul, passed from generation to generation, always ready to reemerge.

This book shows how Jung’s theory evolved through classics of Western literature, annotated books from his library, manuscripts of his Black Books and The Red Book,other major works in which he attempted to translate insights from The Red Book for a scientific public, the Gnostic and alchemical texts he studied and presented as parallels to his psychology of the unconscious, and Eastern texts he presented in collaboration with leading scholars, establishing a cross-cultural psychology of the process of higher development.

Sonu Shamdasani is a professor at University College London. He lives in London.
Loading...
or
Not Currently Available for Direct Purchase