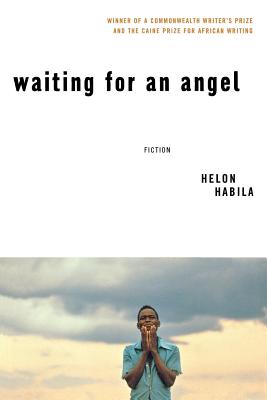 Waiting for An Angel

Lomba is a young journalist living under military rule in Lagos, Nigeria, the most dangerous city in the world. His mind is full of soul music and girls and the lyric novel he is writing. But his roommate is brutally attacked by soldiers; his first love is forced to marry a wealthy old man; and his neighbors on Poverty Street are planning a demonstration that is bound to incite riot and arrests. Lomba can no longer bury his head in the sand.

Helon Habila's vivid, exciting, and heart-wrenching debut opens a window onto a world in some ways familiar-with its sensuously depicted streets, student life, and vibrant local characters-yet ruled by one of the world's most corrupt and oppressive regimes, a scandal that ultimately drives Lomba to take a risk in the name of something greater than himself. Habila captures the energy, sensitivity, despair, and stubborn hope of a new African generation with a combination of gritty realism and poetic beauty. Winner of the Caine Prize for African Writing 2001. Reading group guide included.

Praise For Waiting for An Angel: A Novel…

This is a startlingly vivid novel....Habila paints an extraordinary tableau...bringing sounds, sights and smells to life with his spare prose and flair for metaphor.

Brilliantly captures the reign of terror in Lagos in the 1990s.

Habila leaves us a chink of hope, just as he leaves space for irony, love, heartbreak, and humor as the punches rain down....This is a beautifully judged work, powerful, compassionate and complete.

In elegant, economical, and often lyrical prose, Habila captures the state of terror under which Nigerians were forced to live.

Like an angel, Habila has breathed new life into his world.

Helon Habila is the author of Oil on Water, Measuring Time, Waiting for an Angel, and The Chibok Girls. He is associate professor of creative writing at George Mason University and lives in Virginia with his wife and three children.
or support indie stores by buying on