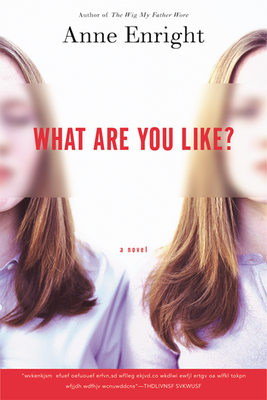 Anne Enright is one of the most exciting writers of Ireland's younger generation, a beguiling storyteller The Seattle Times has praised for "the ... way she writes about women ...their adventures to know who they are through sex, despair, wit and single-minded courage." In What Are You Like?, Maria Delahunty, raised by her grieving father after her mother died during childbirth, finds herself in her twenties awash in nameless longing and in love with the wrong man. Going through his things, she finds a photograph that will end up unraveling a secret more devastating than her father's long mourning, but more pregnant with possibility. Moving between Dublin, New York, and London, What Are You Like? is a breathtaking novel of twins and irretrievable losses, of a woman haunted by her missing self, and of our helplessness against our fierce connection to our origins. What Are You Like? has been selected as a finalist for the Whitbread Award. It is a novel, Newsday wrote, that "announces [Enright's] excellence as though it were stamped on the cover in boldface." "Richly descriptive ... Slightly surreal, revelatory images are hallmarks of Enright's writing, which beguiles throughout." -- Melanie Rehak, US Weekly "Cool, wicked, and quintessentially Irish ... Anne Enright tells a sharp, stylish tale in an accent all her own." -- Annabel Lyon, The National Post (Toronto)