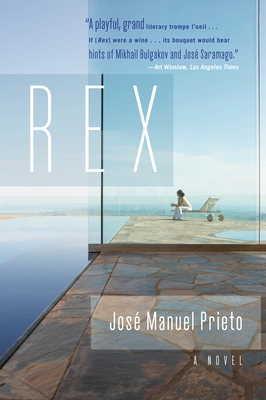 Now in paperback, Jos Manuel Prieto's Rex is a sexy, zany, and sophisticated literary game rife with allusions to Proust and Borges, set in a world of wealthy Russian expats and mafiosos who have settled in western Europe.
J. is a young Cuban man who, thanks to his knowledge of Russian and Spanish, has become the tutor of the young son of a wealthy Russian couple living in Marbella, in the part of southern Spain that the Russian mafia has turned into its winter quarters. As J. attempts to give the boy a general grade-school education by exclusively reading him Proust, he also becomes the personal secretary of the boy's father, Vasily, an ex-scientist that J. suspects is on the run from gangsters. Vasily's wife, Nelly, a seductive woman always draped in mind-boggling quantities of precious stones, believes the only way to evade the gangsters is an extravagant plan linking Vasily to the throne of the czars.
Rex is an unforgettable achievement: an illusory, allusive gem of a novel that confirms Jos Manuel Prieto as one of the most talented writers of his generation.