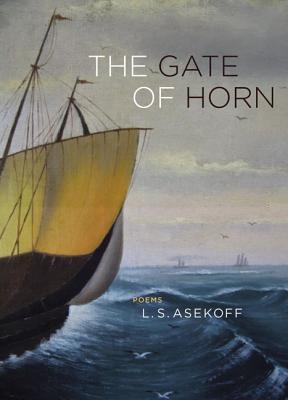 The Gate of Horn

Apart from two volumes published in the 1990s, the work of L. S. Asekoff has been winning admirers only among those lucky enough to encounter it in poetry journals and magazines over the last three decades. Now comes a new collection from this startlingly original poet. Astonishing in its variety of forms and subject matter, The Gate of Horn includes a series of monologues in which Asekoff conjures voices as disparate as the Marquis de Sade, an ancient Aztec warrior, an immigrant

Korean woman, a Vietnam vet, and a Holocaust historian. Above all, however, it is Asekoff’s own unmistakable voice that is on display— surreally sensual, intensely lyrical, darkly tragicomic. Through the gates of death and dreams, these wide-ranging, loosely associative poems speak with wit and erudition to the deepest mysteries of language and of life.


Praise For The Gate of Horn: Poems…

“An agitation like that of heat lightning fixes the landscapes of deathand life inlou Asekoff’s incredible new collection. we are in “the black factory where the mad astronomer / practices long division against the night, / brave souvenirs of those who stood in lonely solidarity with the weather / & died in defense of the rain.” it’s thrilling to accompany him “from ridiculous heights of tulip mania / to icy catastrophe of the falls” to“the obscene theater of sleep.” Asekoff is a superb poet at the height of his powers.”

“There are incredible lunatic leaps here and the shock of the unexpected. And lovely passages and great endings. there is mystery and clarity combined. there is heartbreak, time, death. There is an amazing knowledge of history and its horrors (and joys) and a delightful connection of the personal with the historical (and the cosmic). And a deep and cunning and heartfelt understanding of the Shoah—in poem after poem. A major book.”

—Gerald Stern, author of Save the Last Dance

"Whether speaking in his own voice or in that of one of his vital dramatic projections, Asekoff proceeds as any strong poet does, line by surprising line, and in his case, with a special empathetic intelligence."