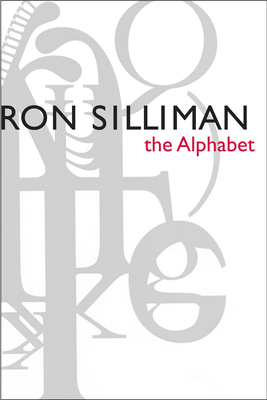 The Alphabet is a remarkable and notorious literary achievement, decades in the making, one continually debated, discussed, and imitated since fragments first appeared in the 1970s. Consisting of twenty-six smaller books, one for each letter of the alphabet, it employs language in ways that are startling and innovative. Over the course of the three decades during which it has appeared--in journals, magazines, and as stand-alone volumes--its influence has been wide-ranging, both on practicing poets and on critics who have had to contend with the way it has changed the direction of American poetry.

Ron Silliman, a founder of the  language  poetry movement in the 1960s and one of its most dedicated and acclaimed practitioners, has deployed in The Alphabet the full range of formal and linguistic experiments for which he is known.

The Alphabet is a work of American ethnography, a cultural collage of artifacts, moments, episodes, and voices--historical and private--that capture the dizzying evolution of America’s social, cultural, and literary consciousness.

Ron Silliman is the author or editor of twenty-six books of poetry or criticism, among them The Age of Huts (compleat), Tjanting, ABC, Demo to Ink, Paradise, ®, What, Woundwood, and the memoir Under Albany. He edited the landmark poetry anthology In the American Tree, and he has received a Pew Fellowship in the Arts, two Fellowships from the National Endowment of the Arts, and three arts commission grants from the state arts councils of California and Pennsylvania. His widely read Silliman’s Blog, a daily journal devoted to contemporary poetry and poetics, has become a major force in online literary criticism.