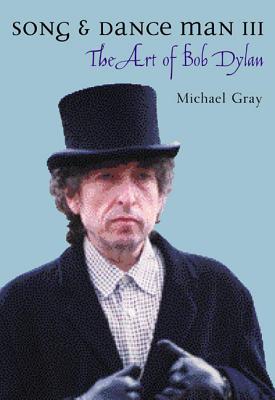 The Art of Bob Dylan

MICHAEL GRAY is a distinguished critic, writer &broadcaster. He graduated in History &English Literature at York University, England, in the 1960s, where he studied under the controversial, brilliant critic Professor F. R. Leavis, and where as a student journalist he interviewed, among others, the eminent British historian A. J. P. Taylor and the legendary American guitarist Jimi Hendrix. His pioneering study of Bob Dylan's work, Song &Dance Man, first published in the 1970s in Britain, America and Japan, was the first full-length critical study of this crucial 20th Century cultural figure. It is now recognised as a classic in its field. A selection of pieces on Dylan, All Across The Telegraph: A Bob Dylan Handbook, published in 1987, was co-edited by Gray and included work by several distinguished academics in the fields of English &American Literature and Music. In 1996, Michael Gray co-authored The Elvis Atlas: A Journey Through Elvis Presley's America, published in hardback in New York by Henry Holt. The massive Song &Dance Man III: The Art of Bob Dylan was published by Continuum in March 2000. A special reprint appeared in the US in April 2001, when Gray delivered talks at a number of US universities; a fourth reprint was published in New York and London in 2002 and a fifth in 2004. Michael Gray is recognised as a world authority on the work of Bob Dylan and is an expert on rock'n'roll history and the blues, with a special interest in pre-war blues. Please visit his blog at http: //bobdylanencyclopedia.blogspot.com.
Loading...
or
Not Currently Available for Direct Purchase