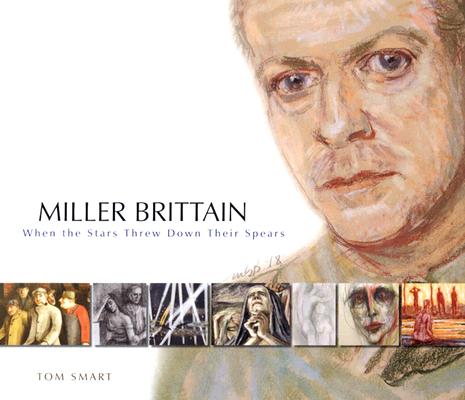 When the Stars Threw Down Their Spears

Miller Gore Brittain (1912-1968) had an unerring sense of structure and composition. In the early 1930s, at the Art Students' League in New York, he experienced the pivotal moment in American art: the shift from tradition to abstract expressionism. When he returned to Canada, the Group of Seven still defined Canadian art, and he burst upon the scene with emotion-filled drawings and paintings of the human form. Later, combining figuration and abstraction, he explored the limits of the body and the borderlands of sanity to express the depths of despair and the heights of ecstasy.

World War II interrupted Brittain's career and on his bombing missions he carried William Blake's Songs of Innocence and Experience with him. Blake's poetry, particularly "The Tyger," inspired the pervasive motif of Brittain's later career. At first a description of searchlights and shot-down aircraft, the star and spear motif later developed into iconic flowers and stems, heads and necks, sunbursts and smoke.

In this illuminating and provocative book, Tom Smart examines the sweep of Brittain's work, his progression from social realism to abstraction and surrealism, while Allen Bentley shows the profound influence of Blake's thought in Brittain's painting and drawings.