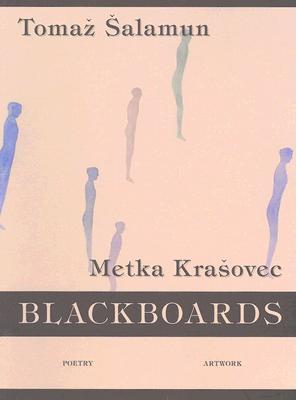 TOMAZ SALAMUN, widely recognized as one of the leading Central European poets, is the author of more than thirty collections of poetry, and has had books translated into most of the European languages. His most recent book in English is The Book for My Brother (Harvest, 2006). METKA KRASOVEC is the recipient of Slovenia's highest awards for painting, the Preseren Foundation Award and the Jakopic Award. She has taken part in nearly 300 exhibitions around the globe. JOHN YAU is a well-known poet, critic, and editor. He has published many books of poems, most recently Paradiso Diaspora, and several works of prose, as well as monographs on the work of Jasper Johns, Andy Warhol, and A. R. Penck. His poetry and criticism have been published in dozens of national magazines. The recipient of numerous awards, including being named a Chevalier in the Order of Arts and Letters by France, Yau teaches at the Mason Gross School of the Arts at Rutgers University.
Loading...
or
Not Currently Available for Direct Purchase