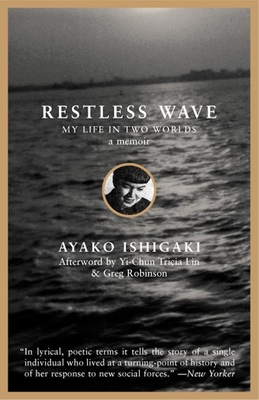 My Life in Two Worlds

With this critically acclaimed 1940 memoir, pioneering Japanese writer and activist Ayako Ishigaki made history. Restless Wave is the first book written in English by a Japanese woman, introducing Western readers to a largely unknown world; a unique voice; and a writer of great talent, integrity and courage. In exquisite prose, Ishigaki recalls coming of age in a privileged family and rebelling against strict codes of women's behavior. She also traces the political awakening that would force her to flee Japan for the United States and would eventually make her an internationally renowned activist for peace, social justice and women's rights. As The Nation noted, "In lyrical, poetic terms, Restless Wave tells the story of a single individual who lived at a turning-point of history."

Ayako Ishigaki was a pioneering Japanese American feminist and social activist. Her remarkable career included work as a transnational feminist, journalist, biographer, television personality, and activist, spanning the US Continent, the Pacific Ocean, and the twentieth century.
Loading...
or support indie stores by buying on