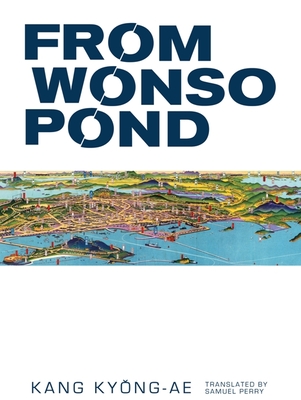 A classic revolutionary novel of the 1930s and the first complete work written by a woman before the Korean War to be published in English, From Wonso Pond transforms the love triangle between three protagonists into a revealing portrait of the living conditions that led to modern Korea, both North and South. A fatherless young girl now poised to become the victim of the landlord's] lecherous fangs and paws, begins one of the original newspaper teasers describing From Wonso Pond and the fate of its heroine, Sonbi. In a plot rich with Dickensian overtones, the novel paints a vivid picture of life in what is now North Korea through the eyes of Sonbi, her childhood neighbor, Ch'otchae, and a restless law student, Sinch'ol, as they journey separately from a small, impoverished village ruled by the lecherous land baron to the port city of Inch'on. But life is hardly easier there, as Sonbi wears herself out boiling silk threads twelve hours a day while Ch'otchae and Sinch'ol load rice on the docks. All three become involved with underground activists, fighting the oppression of country and city, as well as their Japanese colonial rulers.

Kang Kyong-ae (1906-1944) lived and wrote in Japan-ruled Korea. Her fiction explores the experiences of working class Koreans under colonial capitalism. She is the author of the novel Mothers and Daughters, which was serialized in various Korean journals during the 1930s. At the age of 39, Kang died of a long-standing illness. Samuel Perry is an assistant professor of East Asian studies at Brown University. He has completed several translations of Japanese and Korean literature from the colonial period including Chang Hyok-chu's Hell of the Starving and Yi Taejun's Stone Bridge. He has received grants from the Fulbright Association, International Communication Foundation, Korean Literature Translation Institute, and Korea Foundation.
Loading...
or support indie stores by buying on