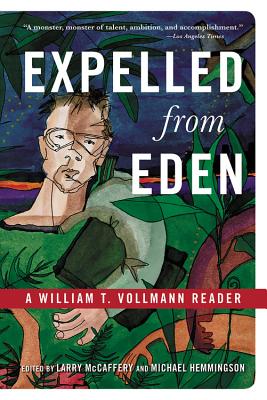 William T. Vollmann is one of our greatest living writers. Masterworks such as You Bright and Risen Angels, The Royal Family, and Rising Up and Rising Down--his latest work, a stunning 3,300-page tour de force--have launched him into the literary stratosphere and added his name to the list of potential future Nobelists.
Here is his long-awaited "best-of" collection, intended both as an introduction for the curious reader, and as a necessary addition to the existing fan's collection. With excerpts from all of Vollmann's novels (including several not yet published), journalistic pieces, essays, correspondence, and poetry, Expelled from Eden creates a unique, kaleidoscopic portrait of one of America's most notorious, protean, devastating, and necessary writers.

Larry McCaffery has published or edited numerous books, essays, and journals about postmodernism.

Michael Hemmingson is an accomplished novelist in his own right, who has also edited several anthologies of contemporary fiction.
Loading...
or support indie stores by buying on