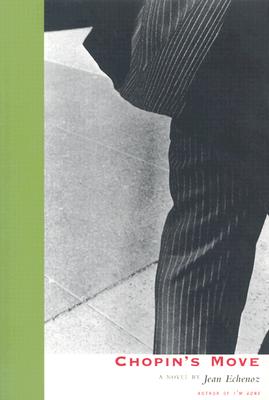 With his trademark comically wry phrasing and a sure eye for quirky detail, Echenoz has produced his oddest and most enjoyable novel to date. Chopin's Move interweaves the fates of Chopin, entomologist and recalcitrant secret agent; Oswald, a young foreign-affairs employee who vanishes en route to his new home; Suzy, who gets enmeshed in a tangle of deceit and counterdeceit; the mysterious Colonel Seck, whose motivations are never quite what they seem; and a typically Echenozian supporting cast of neurotic bodyguards, disquieting functionaries, and crafty double agents. As the plot thickens, the characters become embroiled in layer upon layer of deception and double-dealing, leading them further into a world in which nothing can be taken at face value and in which "reality" hinges on apparently harmless coincidence.

Jean Echenoz is the author of six novels in English translation and the winner of numerous literary prizes, among them the Prix M?dicis and the European Literature Jeopardy Prize. He lives in Paris.
Loading...
or support indie stores by buying on