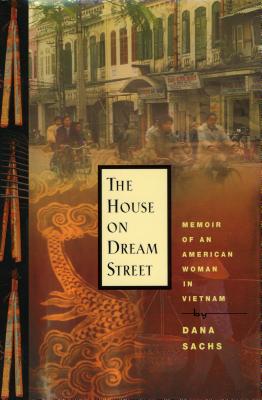 The House on Dream Street

Memoir of an American Woman in Vietnam

Dana Sachs went to Hanoi when tourist visas began to be offered to Americans; she was young, hopeful, ready to immerse herself in Vietnamese culture. She moved in with a family and earned her keep by teaching English, and she soon found that it was impossible to blend into an Eastern culture without calling attention to her Americanness--particularly in a country where not long ago she would have been considered the enemy. But gradually, Vietnam turned out to be not only hospitable, but the home she couldn't leave.

Sachs takes us through two years of eye-opening experiences: from her terrifying bicycle accidents on the busy streets of Hanoi to how she is begged to find a buyer for the remains of American "poes and meeas" (POWs and MIAs). The House on Dream Street is also the story of a community and the people who become inextricably, lovingly, a part of Sachs's life, whether it's her landlady who wonders why at twenty-nine she's not married, the children who giggle when she tries to speak the language, or Phai, the motorcycle mechanic she falls for.

The House on Dream Street is both the story of a country on the cusp of change and of a woman learning to know her own heart.

Born in Memphis, Tennessee, Dana Sachs is a freelance journalist who has written for a number of magazines and newspapers, including Mother Jones, the San Francisco Chronicle, and the Philadelpia Inquirer. She has translated Vietnamese novels into English and codirected the award-winning documentary about Vietnam Which Way Is East. A graduate of Wesleyan University and the MFA program at UNC-W, she teaches journalism and Vietnamese literature courses at UNC-W and lives with her husband and son in Wilmington, North Carolina.
Loading...
or
Not Currently Available for Direct Purchase