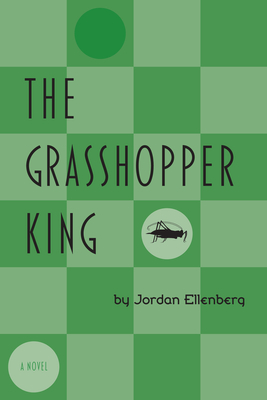 Chandler State University is the one thing keeping the dusty, Western town of Chandler on the map. Now that its basketball program has fallen apart, CSU's only claim to fame is its Gravinics Department, dedicated to the study of an obscure European country--its mythology, its extraordinarily difficult language, and especially its bizarre star poet, Henderson.

Having discovered Henderson's poetry in a trash bin, Stanley Higgs becomes the foremost scholar of the poet's work, accepts a position at Chandler State University, achieves international academic fame, marries the Dean's daughter, and abruptly stops talking. With all of academia convinced that Higgs is formulating a great truth, the university employs Orwellian techniques to record Higgs's every potential utterance and to save its reputation. A feckless Gravinics language student, Samuel Grapearbor, together with his long-suffering girlfriend Julia, is hired to monitor Higgs during the day. Over endless games of checkers and shared sandwiches, a uniquely silent friendship develops. As one man struggles to grow up and the other grows old, The Grasshopper King, in all of his glory, emerges.

In this debut novel about treachery, death, academia, marriage, mythology, history, and truly horrible poetry, Jordan Ellenberg creates a world complete with its own geography, obscene folklore, and absurdly endearing -characters--a world where arcane subjects flourish and the smallest swerve from convention can result in -immortality.

Jordan Ellenberg was born in Potomac, Maryland in 1971. His brilliance as a mathematical prodigy led to a feature in The National Enquirer, an interview with Charlie Rose on CBS's Nightwatch, and gold medals at the Math Olympiad in Cuba and Germany. He is now an Assistant Professor of Math at Princeton University and his column, Do the Math, appears regularly in the online journal Slate. This is his first novel.