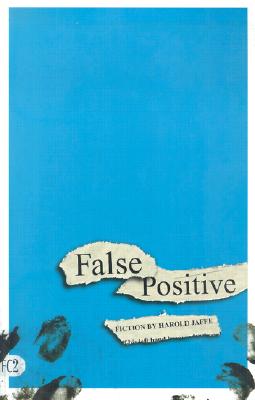 Each of the fifteen fictions in False Positive originated as a nationally known newspaper story, which Harold Jaffe has "treated" to bring to its prosaic surface a maniacal subtext. The original stories cover the familiar American postmodern grotesquerie: high school mass murders; sexual molestations; rock star suicides; internet police; serial killers on the loose. Jaffe enters each published version, and through rearrangement, nuanced rewriting, and strategic interpellations, exposes the host text's latent madness. Thus re-armed, Jaffe's prosthetic creation is released into our culture to do its unsettling work. Jaffe's fictive "treatment" of these everyday nightmares is ambitious and startling. He embeds his found story in his own heightened versions, leaving the traces of the original text alongside his own, or insinuates the ghostly presence of journalese within his own deadpan lines. As The San Diego Union has said of Jaffe's earlier fiction, False Positive is more "exquisite chaos from the master word processor of our generation."

"These uncannily skewed para-documentary fictions burrow into a reader's consciousness like viral worms of great subtlety and cunning to explode the dangerous illusion of safety. Jaffe's is a necessary and bold strategy that marks out new territory for fiction itself."
—Patricia Eakins