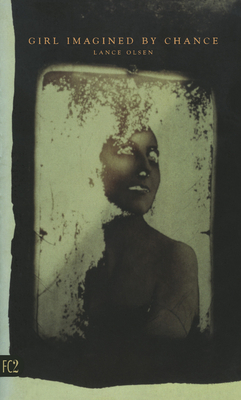 Girl Imagined by Chance is a critifictional novel about a couple who find themselves having created a make-believe daughter (and soon a make-believe life to accompany her) in order to appease their friends, family, and the culture of reproduction. Structured around twelve photographs from a single roll of film, the book explores the nature of photography and the questions that nature raises about the notions of the simulated and the real, the media-ization of consciouness, originality, self construction, and the way we all continually fashion our faces into masks for the next shot. At its heart, Girl Imagined by Chance investigates the mystery of self-knowledge. The prevailing metaphor and structural device of photograpy examines the way images, in their magical ability to mimic memory, ultimately mock and eradicate it. The seemigly stable and fixed individual past turns out to be as protean and unknowable as the future. The body becomes strangely dispensable, perpetually adrift in a cybernetic world of hyperlinks and interfaces.

Praise For Girl Imagined by Chance…

"Trapped between reproductions and reality and partaking of the consolations and terrors of both, the central couple of Girl Imagined by Chance makes a snap decision that ends up establishing a second, private, unreal life for them. But, Olsen suggests, there is no clean distinction between life and imagination-some of one's most satisfying moments are those which are the least real to others. A marvelous book that quietly says more about reality and imagination than the much flashier hyperbooks currently in vogue." --Brian Evenson, author of Altman's Tongue


"Lance Olsen has composed a spare parable of representation and self, the loss of the real and the reality of loss. Girl Imagined by Chance is smart and moving and elegant, its seemingly offhand scenes as effortlessly poignant as a handful of old snapshots." --Shelley Jackson, author of Patchwork Girl


"Like the images scattered throughout its pages, Lance Olsen's extraordinary Girl Imagined by Chance is composed of a cunning series of multitonal cubist squares, rectangles, triangles, and quadrangles, shot through with bright white vertical and horizontal thrusts. Olsen's novel--for which David Markson, Roland Barthes, and Mary Shelley might stand as precursors--is both a treatise on sight and the haunting vagaries of perception and moving tale of the loss of a girl who has never quite been." --Laird Hunt

Lance Olsen is author of more than a dozen works of and about innovative fiction, including the speculative fiction, Tonguing the Zeitgeist(Permeable Press, 1994), finalist for the Philip K. Dick award, the short story collection Sewing Shut My Eyes (FC2, 2000) and, most recently, the novel Freaknest (Wordcraft, 2000). A Pushcart Prize recipient, he has published over 150 short stories, essays, and reviews in various journals and anthologies including Fiction International, The Iowa Review, Mississippi Review, Hudson Review, and Village Voice. He lives corporeally in central Idaho and digitally at www.cafezeitgeist.com
Loading...
or
Not Currently Available for Direct Purchase