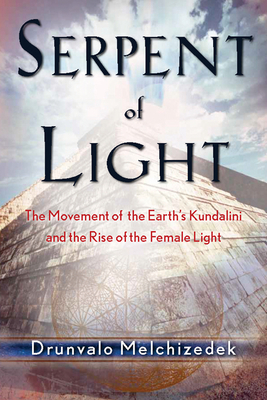 Beyond 2012: The Movement of the Earth's Kundalini and the Rise of the Female Light

Every 13,000 years on Earth a sacred and secret event takes place that changes everything. Mother Earth's Kundalini energy emerges from its resting place in the planet's core and moves like a snake across the surface of our world. Once at home in ancient Lemuria, it moved to Atlantis, then to the Himalayan mountains of India and Tibet, and with every relocation changed our idea of what spiritual means. And gender. And heart.This time, with much difficulty, the "Serpent of Light" has moved to the Andes Mountains of Chile and Peru. Multidimensional, multidisciplined and multilived, for the first time in this book, Drunvalo begins to tell his stories of 35 years spent in service to Mother Earth. Follow him around the world as he follows the guidance of Ascended Masters, his two spheres of light, and his own inner growing knowledge. His story is a living string of ceremonies to help heal hearts, align energies, right ancient imbalances, and balance the living Earth's Unity Consciousness Gridin short to increase our awareness of the indivisibility of life in the universe. We are allrocks and people and interdimensional beingsone!" Life may seem to be business as usual, but it is not. We are changing fast ...Remember this for life is going to present stranger things to you in your lifetime, and they all have meaning and purpose ...Only Mother Earth and ancient Maya know what's going to happen." from Serpent of Light. *black and white photographs included

Praise For Serpent of Light: Beyond 2012: The Movement of the Earth's Kundalini and the Rise of the Female Light…

"In Serpent of Light, Drunvalo Melchizedek tells the story of indigenous people around the world creating ceremonies to relocate the kundalini serpent to the high Andes Mountains in Chile, an event that happens every 13,000 years. Spiritual ascension will only come to our planet if men and women are totally integrated and balanced, and during this next cycle, women will be the leaders. Drunvalo was chosen to share in critical ceremonies that were created to empower women because he is a man who dwells totally in his heart and truly respects women. As a female ceremonial teacher during these same years when Drunvalo was creating beautiful ceremonies within many of the same sacred sites with the people, I can say that Drunvalo speaks the truth. He offers as much closely held information as is allowed, so there is significant indigenous knowledge in this book. Drunvalo is a great storyteller! You are there with him while he follows synchronicities and communicates with the great guardians of the sacred sites. Serpent of Light is a masterful description of the great Earth activations that are occurring during the end of the Mayan Calendar."
— Barbara Hand Clow, International Mayan Elder, a Cherokee Record Keeper, a ceremonial leader, and the author of The Mayan Code: Time Acceleration and Awakening the World Mind

Drunvalo Melchizedek's love for all life everywhere is immediately felt by anyone who meets him. For some time, he has been bringing his vast vision to the world through the Flower of Life program and the MerKaBa meditation. He is the author of three previous books, Flower of Life, Volumes One and Two and Living in the Heart.