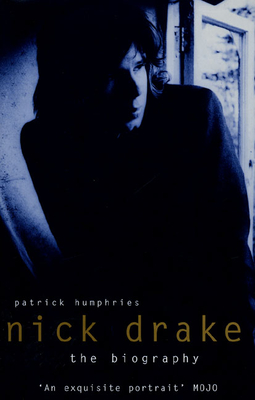 Nick Drake was barely 26 years old when he died in 1974 following an accidental overdose of prescribed drugs. The British singer-songwriter made only three albums during his short life - Five Leaves Left, Bryter Layter and Pink Moon. All are now recognized as classics.

Since his death, Nick has been cited as a seminal influence by stars as diverse as REM, Elton John, and Paul Weller. While the lives of other musicians who died before their time, such as Jim Morrison, John Lennon, Jimi Hendrix, Janis Joplin and Gram Parsons, have been amply documented, there has never before been a biography of Nick Drake. Patrick Humphries' illuminating text includes exclusive interviews with friends, colleagues and musicians who knew and worked with Nick. It provides an unprecedented insight not only into the life and work of Nick Drake, but also into the music scene of the 1960s that formed his backdrop.

If a week is a long time in politics, then the 23 years since Nick's death represents a lifetime in the transitory world of pop. But the music of Nick Drake has never lost its place in his fans affections, and still its haunting beauty reaches out of fresh generations. This book is for all of them.

Writer and journalist Patrick Humphries is the author of acclaimed biographies of Paul Simon, Bob Dylan and Richard Thompson. He lives in London, England.
Loading...
or
Not Currently Available for Direct Purchase