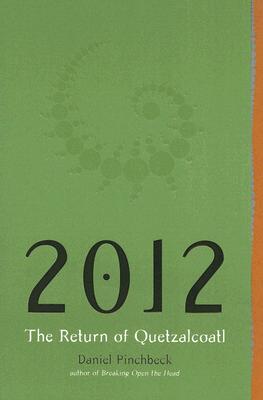 The Return of Quetzalcoatl

The acclaimed metaphysical epic that binds together the cosmological phenomena of our time, ranging from crop circles to quantum theory to the resurgence of psychedelic drugs, to support the contention of the Mayan calendar that the year 2012 portends a global shift-in consciousness, culture, and way of living-of unprecedented consequence.

Author Daniel Pinchbeck has deep personal roots in the New York counterculture of the 1950s and 1960s. His father was an abstract painter, and his mother, Joyce Johnson, was a member of the Beat Generation and dated Jack Kerouac as On the Road hit the bestseller lists in 1957 (chronicled in Johnson’s bestselling book, Minor Characters: A Beat Memoir). Pinchbeck was a founder of the 1990s literary magazine Open City with fellow writers Thomas Beller and Robert Bingham. He has written for many publications, including Esquire, The New York Times Magazine, The Village Voice, and Rolling Stone. In 1994, he was chosen by The New York Times Magazine as one of “Thirty Under Thirty” destined to change our culture.