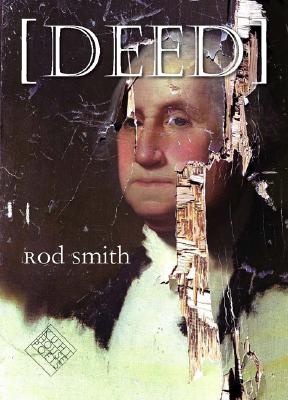 A Deed is a governmental conveyance, a power asserted by the written, for, as William Carlos Williams wrote to Robert Creeley: the government can never be more than the government of the words. The question of ownership, of the words with which we define ourselves and each other, and of whose and what claims are legitimate is much at issue in Rod Smith's Deed, a lyric, ambitious, rebellious work thoroughly grounded in the New American tradition of poets such as John Ashbery, Allen Ginsberg, and Charles Olson. poem, The Good House, a comfortable, at times soothingly humorous place that is also a site of conflict. In The Spider Poems, the mythic spider, the maker of the alphabet, is a figure of fun and revelation. The third section of the book presents a series of shorter poems chosen for their stylistic variety. Deed ends with a nod to two masters, as Smith turns Jack Spicer's Homage to Creeley into a double homage with Homage to Homage to Creeley. The gesture of choosing what one brings into one's house, what one decides to love, closes the book. the true democracy that is always yet to arrive. There is still joy inside and out, and by giving us Deed, Rod Smith has captured that joy. In so doing, he tells us where we as a people, a politik, and a poetic are going.

“The great thing about Rod Smith’s work is that it is all risk all the time. In Deed, he has built a substantial architecture whose ‘perilous upkeep’ is dazzling. This is a truly wondrous book.”—Peter Gizzi

“A master poet among us? I’d vote for Rod Smith. With the sweeping vision of Whitman, the noun-play of Gertrude Stein, and the slant political commentary of the New York School, Smith chisels out a place of his own with a tremendous integrity of vision. Deed contains the best of what American poetry has to offer: a place to pause and reflect upon the beauty of language and love flowering up through the mayhem of the world.” —Lisa Jarnot, author, Black Dog Songs

Rod Smith is the author of nine other books of poems, including "Music or Honesty," "Poemes de l Araignees," and "In Memory of My Theories." His poems have appeared in many print and online journals and anthologies including the "Baffler, The Gertrude Stein Awards, Java, New American Writing, Poetics Journal, "and "Shenandoah." He edits the journal "Aerial," publishes "Edge Books," and manages the independent Bridge Street Books in Washington, D.C. Smith is also editing, with Peter Baker and Kaplan Harris, "The Selected Letters of Robert Creeley.""
Loading...
or
Not Currently Available for Direct Purchase