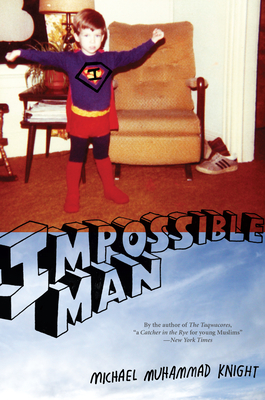 Recognized by readers of his novel, The Taqwacores, as the godfather of American Muslim punk, Michael Muhammad Knight is a voice for the growing number of teenagers who choose neither side of the “Clash of Civilizations.” Knight has now written his personal story, a chronicle of his bizarre and traumatic boyhood and his conversion to Islam during a turbulent adolescence.

Impossible Man follows a boy’s struggle in coming to terms with his father—a paranoid schizophrenic and white supremacist who had threatened to decapitate Michael when he was a baby—and his father’s place in his own identity. It is also the story of a teenager’s troubled path to maturity and the influences that steady him along the way. Knight’s encounter with Malcolm X’s autobiography transforms him from a disturbed teenager engaged in correspondence with Charles Manson to a zealous Muslim convert who travels to Pakistan and studies in a madrassa. Later disillusioned by radical religion, he again faces the crisis of self-definition.

For all its extremes, Impossible Man describes a universal journey: a wounded boy in search of a working model of manhood, going to outrageous lengths to find it.