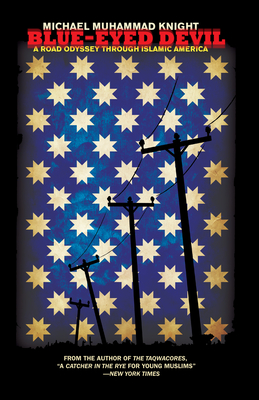 A Road Odyssey Through Islamic America

Michael Muhammad Knight embarks on a quest for an indigenous American Islam in a series of interstate odysseys. Traveling 20,000 miles by Greyhound in sixty days, he squats in run-down mosques, pursues Muslim romance, is detained at the U.S.-Canadian border with a trunkload of Shia literature, crashes Islamic Society of North America conventions, stink-palms Cat Stevens, and limps across Chicago to find the grave of Noble Drew Ali, filling dozens of notebooks along the way. The result is this semi-autobiographical book, with multiple histories of Fard and the landscape of American Islam woven into Knight’s own story.

In the course of his adventures, Knight sorts out his own relationship to Islam as he journeys from punk provocateur to a recognized voice in the community, and watches first-hand the collapse of a liberal Islamic dream. The book’s extensive cast of characters includes anarchist Sufi heretics, vegan kungfu punks, tattoo-sleeved converts in hard-core bands, spiritual drug dealers, Islamic feminists, slick media entrepreneurs, sages of the street, the grandsons of Elijah Muhammad and Malcolm X, and a group called Muslims for Bush.