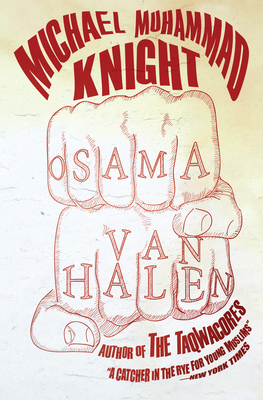 Amazing Ayyub, an Iranian Shi'ite skinhead, and Rabeya, a burqa-wearing punk, have kidnapped Matt Damon and are holding him hostage. They demand that Hollywood depict Muslims in a positive light—“just one movie where we're not these two-dimensional al Qaeda stereotypes.” But Damon's concerned they're playing into that same terrorist paradigm, thereby furthering the neoconservative perception of Islam.

Meanwhile, Ayyub embarks on a mission to rid the taqwacore scene of a Muslim pop-punk band called Shah 79. Along the way, he makes himself invisible, escapes punk-eating zombies in a mosque off the desert highway, and runs into some psychobilly jinns. Things turn existential when Ayyub finds himself face-to-face with his creator—no, not Allah, but the author.

This riotous journey of enlightenment reads like a religious service for teenagers on Halloween. But it isn't all raucous fun; written into his own novel, the author finds he is at the mercy of his creation.