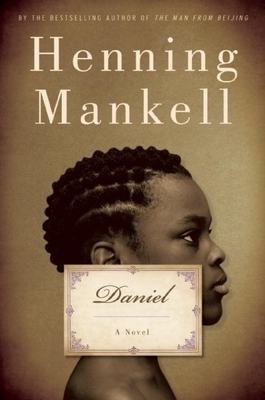 “Mankell jumps across genres to give us this haunting and heartbreaking novel of an African boy ripped from his Kalahari desert homeland and taken to Sweden in the late 19th century. Only if Daniel can learn to walk on water can he realize his hope to get home. An amazingly original, meritorious novel.”
— Deal Safrit, Literary Book Post, Salisbury, NC
View the List

Henning Mankell is a worldwide phenomenon: his books have been translated into forty languages with more than 35 million copies in print, and both his critical acclaim and fan base only continue to grow. His new novel Daniel is an elegiac, unexpected story that only he could have told. In the 1870s, Hans Bengler arrives in Cape Town from Sm land, Sweden, driven by a singular desire: to discover an insect no one has seen before and name it after himself. But then he impulsively adopts a young San orphan, a boy he christens Daniel and brings with him back to Sweden--a quite different specimen than he first contemplated. Daniel is told to call Bengler "Father," taught to knock on doors and bow, and continually struggles to understand this strange new land of mud and snow that surrounds and seemingly entraps him. At the same time, he is haunted by visions of his murdered parents calling him home to Africa. Knowing that the only way home is by sea, he decides he must learn to walk on water if he is ever to reclaim his true place in the world. Evocative and sometimes brutal, the novel takes Daniel through a series of tragedies and betrayals that culminate in a shocking act. Mankell tells this indelible story with a ruthless elegance all his own.

Henning Mankell is internationally Sweden's most read author. His critically acclaimed Kurt Wallander mysteries are global bestsellers and have been adapted for television as Wallander, the BAFTA Award-winning BBC series starring Kenneth Branagh. He was awarded the Crime Writers' Association's Macallan Gold Dagger and the German Tolerance Prize and has been a three-time finalist for the Los Angeles Times Mystery/Thriller Book Prize. In 2008, he received an honorary degree from the University of St Andrews. Born in Stockholm in 1948 and raised in a village in northern Sweden, Mankell divides his time between Sweden and Maputo, Mozambique, where he has worked as the director of Teatro Avenida since 1985. Please visit www.henningmankell.com for more information. Steven T. Murray has translated five novels by Henning Mankell, among many other books. The former editor-in-chief of Fjord Press, he lives in Albuquerque, New Mexico.
Loading...
or support indie stores by buying on