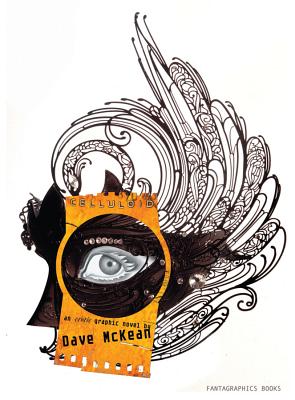 Erotica for the mind and eye by a comics giant.

A woman arrives at an apartment, but her partner can’t get away from work. She is disappointed and settles in for a night alone, but finds a film projector with a reel of film loaded. The film is scratched and blurry, but she can make out a couple making love. When the film burns out, a door is revealed which leads to a misty town square... and a series of fantastical sexual encounters.

As the artist says: “There are so many comics about violence. I’m not entertained or amused by violence, and I’d rather not have it in my life. Sex, on the other hand, is something the vast majority of us enjoy, yet it rarely seems to be the subject of comics. Pornography is usually bland, repetitive and ugly, and, at most, ‘does the job’. I always wanted to make a book that is pornographic, but is also, I hope, beautiful, and mysterious, and engages the mind.”

Bringing to bear the astonishing range of illustrative and storytelling skills that have served him so well on his collaborations with Neil Gaiman and such solo projects as the (recently re-released) epic graphic novel Cages, Dave McKean forges into new territory with this unique work of erotica.

The visionary art director behind The Sandman’s covers creates a coital masterwork that elicits beauty and excitement in equal measure.... Celluloid is a treasure of technical finesse and sensual mystique that transcends its potential controversy.

Dave McKean’s art never fails to amaze me... I’ll never look at a fig, a pear, or a red tomatillo the same way again. ...I think this would make a good paper anniversary gift.
— Gene Ambaum - The Unshelved Book Club

Dave McKean is an illustrator of books and comics, and a maker of films. His graphic novel Cages was recently re-released by Dark Horse Comics. He lives in Kent, England, with a wife, many fish, some millipedes and two children.
Loading...
or
Not Currently Available for Direct Purchase