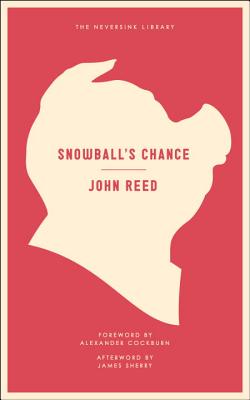 Written in 14 days shortly after the September 11th attacks, Snowball’s Chance is an outrageous and unauthorized companion to George Orwell’s Animal Farm, in which exiled pig Snowball returns to the farm, takes charge, and implements a new world order of untrammeled capitalism. Orwell’s “All animals are equal, but some animals are more equal than others” has morphed into the new rallying cry: “All animals are born equal—what they become is their own affair.”

A brilliant political satire and literary parody, John Reed’s Snowball’s Chance caused an uproar on publication in 2002, denounced by Christopher Hitchens, and barely dodging a lawsuit from the Orwell estate. Now, a decade later, with America in wars on many fronts, readers can judge anew the visionary truth of Reed’s satirical masterpiece.

“Written in lucid, wise, funny, fable-prose, this book brings to mind Spiegelman’s Maus—the use of a playful metaphor to reveal truths we might otherwise refuse to see.” —Jonathan Ames

“John Reed excels in the realm of the strange.”
—San Francisco Examiner

“The estate of George Orwell is not happy about it.”
—The New York Times

JOHN REED was born in New York City in 1969. Among his many books are the novels A Still Small Voice and The Whole, a play, All the World’s a Grave, and the non-fiction Tales of Woe. He currently teaches at The New School, and is a senior editor at The Brooklyn Rail.