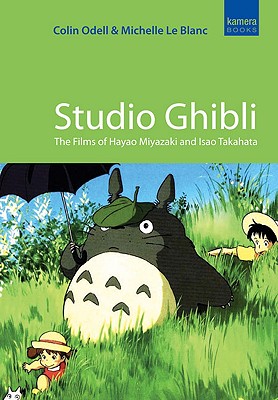 The Films of Hayao Miyazaki and Isao Takahata

The animations of Japan’s Studio Ghibli are amongst the highest regarded in the movie industry. Their delightful films rank alongside the most popular non-English language films ever made, with each new eagerly-anticipated release a guaranteed box-office smash. Yet this highly profitable studio has remained fiercely independent, producing a stream of imaginative and individual animations. The studio’s founders, long-time animators Isao Takahata and Hayao Miyazaki, have created timeless masterpieces. Although their films are distinctly Japanese their themes are universal—humanity, community, and a love for the environment. No other film studio, animation or otherwise, comes close to matching Ghibli for pure cinematic experience. All their major works are examined here, as well the early output of Hayao Miyazaki and Isao Takahata, exploring the cultural and thematic threads that bind these films together.

Colin Odell and Michelle Le Blanc are the coauthors of Horror Films, Jackie Chan, John Carpenter, Tim Burton, and Vampire Films, and contributors to  Alter Image and The Greenwood Encyclopaedia of Science Fiction and Fantasy.
Loading...
or
Not Currently Available for Direct Purchase