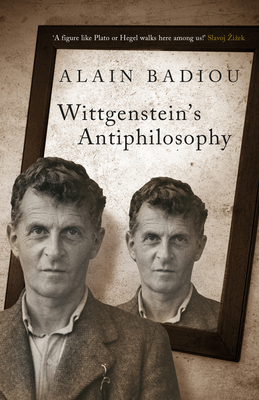 “Antiphilosophy and the valorization of the mystical is anathema to Badiou, it smacks of religious faith, but he is not immune to the power of Wittgenstein’s thought and he worries at it like a dog with a bone. The two philosophers share a tight cogency in their writing that does not suffer foolish words gladly and Wittgenstein’s Antiphilosophy is, in its own way, as carefully packed as the Tractatus. It is a book to read slowly, to re-read and ponder what drove Wittgenstein to argue and formulate so compellingly the notion that the only truth worth its name is that which results in an affirmative when a proposition is compared with empirical reality.”
—Irish Left Review
or support indie stores by buying on
Copyright © 2020 American Booksellers Association