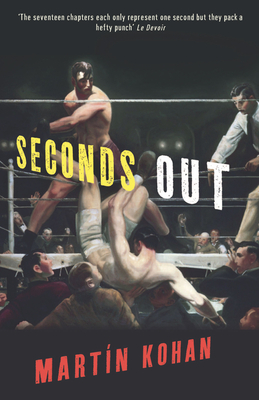 "This is a subtle, complex book. . . . A new generation of Argentinean writers are showing that they are worthy successors of Borges, Sabato and Bioy Casares."--Le Devoir

New York, 1923: the Argentine boxer Luis Angel Firpo knocks out of the ring Jack Dempsey, heavyweight champion of the world. Dempsey is out of the ring for seventeen seconds, but is allowed by the US referee to get back in. In the second round, Dempsey knocks Firpo out. Seconds Out is a powerful reflection on memory and national identity.

Martin Kohan lives in Buenos Aires. Seconds Out is his first novel translated into English.

Martin Kohan was born in 1967 in Buenos Aires where he lives . He is the author of an essay on Walter Benjamin. Seconds Out is the first of his novels to be translated into English. Ciencias Morales, his latest novel, won the prestigious Herralde Novel Prize in Spain.
Loading...
or
Not Currently Available for Direct Purchase