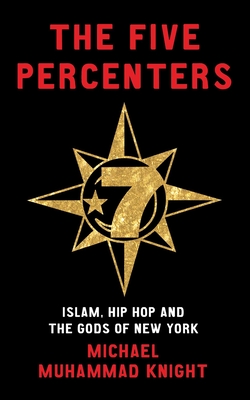 Islam, Hip-hop and the Gods of New York

From Malcom X to the Wu Tang Clan, the first in-depth account of this fascinating black power movement

With a cast of characters ranging from Malcolm X to 50 Cent, Knight’s compelling work is the first detailed account of the movement inextricably linked with black empowerment, Islam, New York, and hip-hop. Whether discussing the stars of Five Percenter rap or 1980s crack empires, this fast-paced investigation uncovers the community’s icons and heritage, and examines its growing influence in urban American youth culture.

Praise For The Five Percenters: Islam, Hip-hop and the Gods of New York…

"Knight does an excellent job of presenting the movement’s founders, belief system and its history as seen by the people who live it."
— Monsters and Critics

Michael Muhammad Knight converted to Islam at 16 after reading the Autobiography of Malcolm X, and at 17 traveled to Islamabad, Pakistan to study at Faisal Mosque. His debut novel, The Taqwacores, is credited with influencing the American Muslim woman-led prayer movement and has also inspired a nascent Islamic punk rock scene.
Loading...
or support indie stores by buying on
(This book is on backorder)