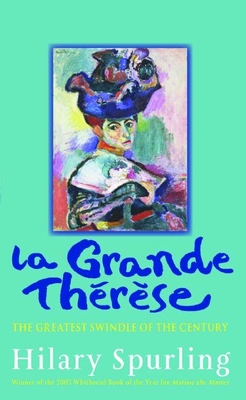 The Greatest Swindle of the Century

While writing her biography of Matisse, which won the Whitbread Biography and Book of the Year 2005, Hilary Spurling came across the scandal that nearly destroyed the French Third Republic. Reading like a novella, its plot is a confidence trick of dazzling proportions. Therese Humbert was one of the most conspicuous women of fin-de-siecle Paris. Her astronomical wealth, as the illegitimate daughter of an American billionaire, was known to all and she lived a life of sumptuous extravagance. But it was all a hoax. Finally exposed in 1902, Therese was found to own nothing more than an old trouser button and an Italian coin. Thousands of small investors and creditors, including Henri Matisse's parents-in-law, were ruined. Therese was tried and sentenced to five years' hard labour. She died disgraced and penniless.

Hilary Spurling won the Whitbread Biography and Book of the Year 2005 for her biography of Henri Matisse, the product of 15 years work. Her biography of Ivy Compton-Burnett won the Heinemann and Duff Cooper prizes. She has been a theatre and book critic for the Spectator, Observer and Telegraph, and lives in London.
Loading...
or
Not Currently Available for Direct Purchase