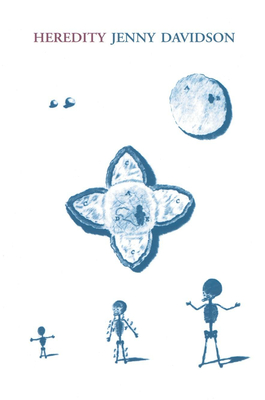 Elizabeth Mann, haunted by self-destructive habits, thinks that leaving New York will solve her problems. During a trip to London she comes face to face with the skeleton of the famous criminal Jonathan Wild. Her obsession with the thief is interrupted by an encounter with Gideon Streetcar, an infertility specialist and future lover. At an auction a few weeks into their relationship, Gideon bids on a box of memoirs by Jonathan Wild's second wife, Mary. Her journals are doled out sparingly throughout the novel, leaving the reader and Elizabeth breathless for what happens next. Influenced by conversations with Gideon about cloning possibilities, she enlists Gideon's help to allow her to give birth to the clone of Wild. Elizabeth is implanted with an egg with Wild's DNA and soon shows signs of pregnancy. Both deadpan detective novel and twisted historical romance, Heredity shows how the past, present and future are linked. As the book ends, both heroines find themselves in similar situations: pregnant and damaged by the past but determined to survive.

Jenny Davidson has published four novels and four books of literary criticism. She teaches in the Department of English and Comparative Literature at Columbia University.
Loading...
or
Not Currently Available for Direct Purchase