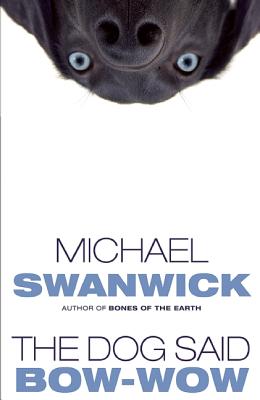 Great literature has never been this much fun before. The reigning master of short fiction reinvents science fiction and fantasy in a dazzling new collection unlike anything you've ever read. Time-traveling dinosaurs wreak havoc on a placid Vermont town. An ogre is murdered in a locked room in Faerie. An uncanny bordello proves as dangerous as it is alluring. Language is stolen from the builders of Babel. Those strangely loveable Post-Utopian scoundrels and con men Darger and Surplus swindle their way through London, Paris, and Arcadia. The Dog Said Bow-Wow includes three Hugo Award?winning stories and an original novelette of swashbuckling romance and adventure, ?The Skysailor's Tale." Ranging from the hardest of science fiction to the highest of fantasy, this irresistible collection amuses and enlightens as only Michael Swanwick can.

Praise For The Dog Said Bow-Wow…

"Swanwick's wildly imaginative and beautifully written short stories have been, for several years, one of the primary joys of the field."  Karen Joy Fowler, The Washington Post Book World

"[Swanwick] is an amazingly assured writer, seemingly incapable of writing a sentence that isn't interesting in itself, in addition to the way it moves the story forward."  The New York Review of Science Fiction

"Swanwick has emerged as one of the country's most respected authors."  Philadelphia Enquirer Magazine

"Swanwick's graceful prose, prodigious inventiveness and sense of humor are very much in evidence here."  tangentonline.com