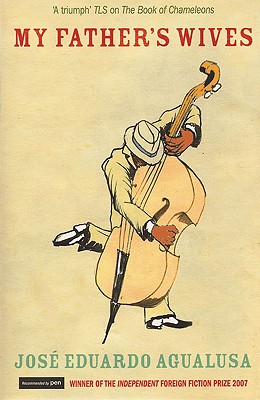 When the celebrated Angolan musician Faustino Manso dies, his youngest daughter Laurentina journeys to Angola to trace the story of the father she never knew. Setting out to find the 7 wives and 18 children he left scattered across southern Africa, the fictional account of Laurentina’s journey runs parallel with the author's chronicle of the novel’s genesis. As the characters and their creator travel the southern African coastfrom Angola through Namibia and South Africa to Mozambiquethey meet extraordinary people and, along the way, discover Faustino’s secrets. Long-listed for the Independent Foreign Fiction Prize, this beguiling story heralds the rebirth of Africa, a continent beset by adversity but blessed with musical riches, the ever-renewed strength of its women, and the secret powers of ancient gods.


Praise For My Father's Wives…

Jose Eduardo Agualusa was born in Huambo in 1960 and is one of the leading young literary voices from Angola, and from Portuguese language today. His first book, The Conspiracy, a historical novel set in Sao Paulo de Luanda between 1880 and 1911, paints a fascinating portrait of a society marked by opposites, in which only those who can adapt have any chance of success. Creole, which has evoked comparisons with Bruce Chatwin's The Viceroy of Ouidah, was awarded the Portuguese Grand Prize for Literature, while The Book of Chameleons won the Independent Foreign Fiction Prize 2007. Agualusa divides his time between Angola, Brazil and Portugal.
Loading...
or
Not Currently Available for Direct Purchase