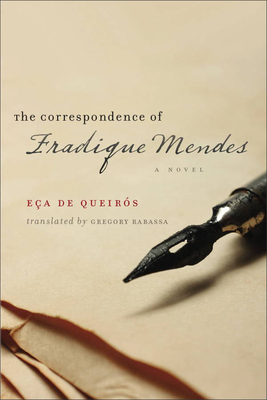 The Correspondence of Fradique Mendes

The Correspondence of Fradique Mendes—ostensibly letters, with an arch introduction—actually ranges widely and revels in many forms of discourse. In this singular work, originally published in 1900, one finds meditations, dialogues, observations, grand shifts in tone, occulted ironies, pastiches, lampoons, and an underlying hilarity throughout. Readers will be reminded of Ishmael's lofty digressions, of Ivan Karamazov's dialogues with his imaginary devil, of Flaubert's stylistic virtuosity, of Gogol's quiet comedy—and more. Fradique, at one point, disingenuously tells us he will never write a book because no language is capable of representing the real significance of anything. But Fradique's letters go on to offer us nearly everything, and they presciently anticipate much of what is rightly celebrated in the best of postmodern writing. This magnificent novel now appears in a beautiful and deft translation that will entertain and delight with wit, intelligence and many surprises.

Praise For The Correspondence of Fradique Mendes: A Novel (Adamastor Series #6)…

"The letters of this fiction are fascinating for their swings between worldly knowledge and peasant pleasures, between a cultivated artistic sensibility and a craving for the simplicities of the past."—Rain Taxi

JOSÉ MARIA DE EÇA DE QUEIRÓS (1845–1900) is Portugal's foremost author of the nineteenth century and its most celebrated novelist before José Saramago. GREGORY RABASSA is the preeminent translator from the Spanish and Portuguese.
Loading...
or support indie stores by buying on