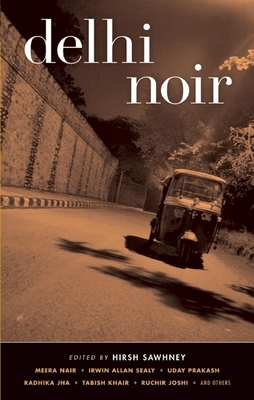 "Delhi Noir has no lack of true-to-life characters getting twisted, mangled and discarded. Which is why, like the proverbial train wreck, even as you cringe, you won't be able to look away."--San Francisco Chronicle "This book is a chance to get a fix on some of India's best crime writers, most of whom are totally unknown in North America. Like the rest of this superb series (Brooklyn Noir, L.A. Noir, Toronto Noir, etc.), we are introduced to the city by stories set in locations iconic to the city. In the case of Delhi, that means we go to come very dark spots indeed."--Globe & Mail Brand new stories by: Irwin Allan Sealy, Omair Ahmad, Radhika Jha, Ruchir Joshi, Nalinaksha Bhattacharya, Meera Nair, Siddharth Chowdhury, Mohan Sikka, Palash K. Mehrotra, Hartosh Singh Bal, Hirsh Sawhney, Tabish Khair, Uday Prakash, and Manjula Padmanabhan. The eyes of the world are gazing at India--the world's largest democracy. But the books you read about this Asian giant only show part of the picture. Delhi Noir's fourteen original stories are written by the best Indian writers alive today--the ones you haven't yet heard of but should have. They are veteran authors who have appeared on the Booker Prize short list and budding geniuses who your grandchildren will read about in English class. Delhi Noir is a world of sex in parks, male prostitution, and vigilante rickshaw drivers. It is one plagued by religious riots, soulless corporate dons, and murderous servants. This is India uncut, the one you're missing out on because mainstream publishing houses and glossy magazines can't stomach it. offers bone-chilling, mesmerizing takes on the country's chaotic capital, a city where opulence and poverty are constantly clashing, where old-world values and the information age wage a constant battle. Editor Hirsh Sawhney has written for the Times Literary Supplement, the Guardian, Time Out New York, Outlook, and the Indian Express. He splits his time between Delhi and Brooklyn.

Hirsh Sawhney has written for the Times Literary Supplement, the Guardian, Time Out New York, Outlook, and the Indian Express. He has taught English to asylum seekers in London and was the director of an adult education program that served undocumented immigrants in Cypress Hills, Brooklyn.
Loading...
or
Not Currently Available for Direct Purchase