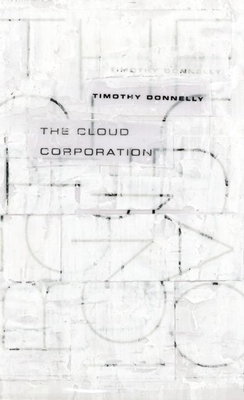 The poems of Timothy Donnelly astonish by their inventive intelligence . . . we learn that self-knowledge can be adequate to knowledge of the world, in all its violence and complexity.--Allen Grossman

Timothy Donnelly's long-awaited second collection is a tour de force, fully invested with an abiding faith in language to illuminate the advances of personal and political contingency.

Timothy Donnelly's The Cloud Corporation won the 2011 Kingsley Tufts Award, and was a finalist for the 2011 William Carlos Williams Award. Twenty-seven Props for a Production of Eine Lebenszeit was published by Grove Press in 2003. He is poetry editor for Boston Review and teaches at Columbia University. He lives in Brooklyn with his wife and daughters.


Praise For The Cloud Corporation…

"This is an extraordinary collection the poetry of the future, here, today." John Ashbery

"Omnivorous, fast-forward, bull-in-a-china-shop poems that deliver more beauty per minute than can comfortably be withstood. If Whitman had had a young kid and a Brooklyn apartment, too many bills, and a stack of takeout menus in the top drawer of his Ikea desk, he would have written these poems. This is my favorite book of the year." Dan Chiasson,The New Yorker

"Like a favorite late-night DJ surfacing from the AM static one particularly desolate evening, Timothy Donnelly's The Cloud Corporation, his first collection of poetry in seven years, more than makes up for all the dead air."Los Angeles Times

Timothy Donnelly was born in Providence, RI and attended Johns Hopkins, Columbia, and Princeton Universities. The Cloud Corporation (Wave Books, 2010) was a finalist for the 2011 William Carlos Williams Award. His first book of poems, Twenty-seven Props for a Production of Eine Lebensziet, was published by Grove Press in 2003. His work has been translated into German and Italian and has also appeared in many anthologies such as Legitimate Dangers: American Poets of the New Century, Isn't It Romantic: 100 Poems by Younger American Poets, Joyful Noise: An Anthology of American Spiritual Poetry, and Poet, Poems, Poetry edited by Helen Vendler. Recent poems have appeared or are forthcoming in A Public Space, Boulevard, Harper's, Iowa Review, jubilat, The Nation, The New Republic, The Paris Review, and elsewhere. He is a poetry editor for Boston Review and teaches in the Writing Program at Columbia University's School of the Arts. He lives in Brooklyn with his wife and two daughters.
Loading...
or support indie stores by buying on